1-24-2013…..Raining lightly today and that is good since I transplanted out over 150 sugar snap peas yesterday! For several weeks we have had clear cold conditions with morning temperatures in the twenties. I’ve got a fire going and thought I’d share an interesting experiment I began this past August. The late Maria Thun stated that from her trials broccoli grows best when planted and tended on “blossom ” days, meaning days when the moon is passing through the signs of Aquarius, Gemini, or Libra. So in August when I was thinking of planting broccoli for the winter garden I conducted an experiment. I filled two of my seedling planting boxes with the same soil and I took a package of organic broccoli seeds and divided out tree equal groups making sure all were large seeds. Friday August 31 the moon was in Aquarius and I planted the first group of seeds-group A. On September 2 the moon was in Pisces and I planted the second group-B. By September 5th the moon was in Aries and I planted the third group-C.  One month later I took the following  photograph. Dramatic! Group A is on left, B in the middle and C on the right. 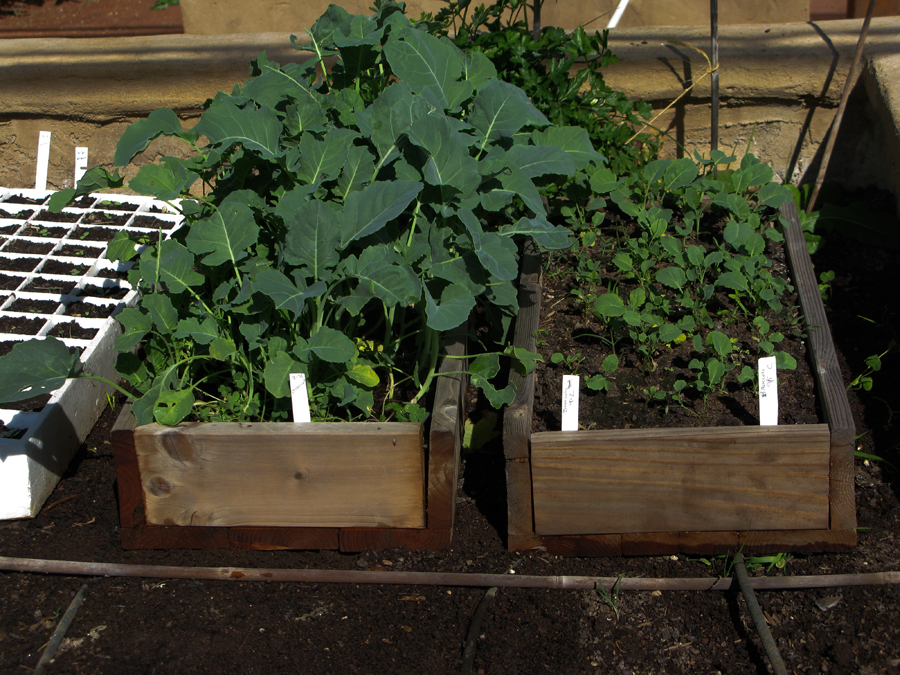